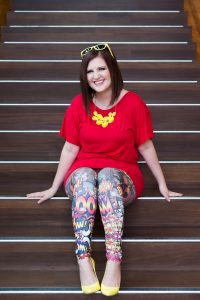 After overcoming poverty, child abuse, rape, teen pregnancy, and near death, Amanda Goldman-Petri was able to persevere and grow 5 successful businesses by the age of 27. After perfecting her system for growing businesses, Amanda began her coaching career as founder of MarketLikeANerd.com, where she teaches coaches how to grow multiple 6-figure businesses without the hustle or sacrifice. After generating over half a million dollars in sales in 4 months and expanding her business to 31 different countries, Amanda became internationally renowned as the “Work Smarter, Not Harder” Online Marketing Coach.

While she was happy with her own results, Amanda realized true success as a coach is dependent on your client’s results. She therefore shifted her attention to how she could make a bigger impact in her clients’ businesses and lives. This led to her invention of a series of quick cash injection campaigns that her clients used to generate nearly a million dollars in sales in less than 60 days. Amanda has been featured on major media outlets such as Fast Company, Forbes, The Huffington Post, Small Business Trendsetters, ABC, CBS, NBC, FOX, Worth Magazine, International Business Times (and more). She was named one of the Top 30 Entrepreneurs Under 30 by Influencive, as well as an Under 30 Up and Comer by The Tampa Bay Business Journal.